President Trump’s administration is reported to have met with major US communications networking companies in a bid to address the need for improved competition with Huawei globally.

Many of the issues and incidents that have led to this point, where the Chinese communications company Huawei appears to be a focus for much criticism by the Trump administration include:

The reported recent meeting between the Trump administration and networking company Cisco was allegedly to discuss the possible acquisition of Ericsson and Nokia, and any possible matters relating to tax breaks and financing for those companies.

Meetings with technology companies are not exceptional but it is clear that Huawei, its alleged links with the Chinese state, wider issues with China in general, and how the US government can help US tech companies compete and maintain national security are still big issues on the agenda, despite the ravages of COVID-19.

In the UK, the government and security commentators have also voiced concerns about the prospect of Huawei being involved in the 5G network and a decision on the matter is due to be announced within the next fortnight.  Huawei has said the US sanctions are “not about security, but about market position” and China’s ambassador to London has said that banning Huawei from the UK’s 5G infrastructure would send a “very bad message” to Chinese companies. The UK is currently involved in another very public argument with China over a possible 3 million Hong Kong residents being offered a path to UK citizenship.

For UK businesses, however, it’s more of a case of wondering how soon the UK will be able to offer reliable 5G at the right price across most of the country so that UK businesses are not at a competitive disadvantage with overseas businesses. 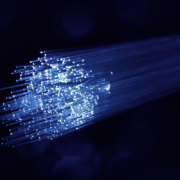 ICO Investigation Into Police Use of Facial Recognition Technology

Calls to Stop Storing of Personal Communications Data and Voiceprints