As questions about the continued use of potentially unreliable and unregulated live facial recognition (LFR) technology continue. Masks used to protect against the spread of coronavirus may be presenting a further challenge to the technology.

A recently published letter by London Assembly members Caroline Pidgeon MBE AM and Sian Berry AM to Metropolitan Police commissioner Cressida Dick have asked whether the LFR technology could be withdrawn during the COVID-19 pandemic on the grounds that it has been shown to be generally inaccurate, and it still raises questions about civil liberties.

Furthermore, concerns are now being raised about the already questionable accuracy of LFR. The worry, that this could be challenged further by people wearing face masks to curb the spread of COVID-19.

The two London Assembly members argue in the letter that a lack of laws, national guidelines,  regulations and debate about LFR’s use could mean that stopping Londoners or visitors to London “incorrectly, without democratic public consent and without clear justification erodes our civil liberties”.  The pair also said that this could continue to erode trust in the police, which has been declining anyway in recent years.

The letter highlights concerns about the general inaccuracy of LFR. This is illustrated by the example of the first two deployments of LFR this year. During these deployments more than 13,000 faces were scanned but only six individuals were stopped. Five of those six were misidentified. Additionally, of the eight people who created a ‘system alert’, seven were also incorrectly identified.

Other concerns by the pair outlined in the letter include worries about the possibility of mission creep and the lack of transparency about which watchlists are being used. They are also concerned that LFR will be used operationally at protests, demonstrations, or public events in future e.g. Notting Hill Carnival, and fears that the technology will continue to be used without clarity, accountability or full democratic consent.

Masks Are A Further Challenge

Chinese electronics manufacturer Hanwang has produced facial recognition technology. It has been reported that is 95% accurate in identifying the faces of people who are wearing masks.

In France, after the easing of lockdown restrictions, surveillance cameras may be used to monitor compliance with social distancing and the wearing of masks.

A recent trial in Cannes used French firm Datakalab’s surveillance software. It included an automatic alert to city authorities and police for breaches of mask-wearing and social distancing rules and looks set to be rolled out to other French cities.

Facial recognition when used under normal circumstances, as intended, could help to fight crime in towns and city centres. However, there are still general questions about the accuracy and impact of LFR on our privacy and civil liberties.

There are genuine concerns that the COVID-19 pandemic could be used as an excuse to use the technology more. Possibly in a way that leads to mission creep.

The pandemic does appear to be making some states less worried about infringing civil liberties as they battle to control a virus that has devastated lives and economies.

AI and the Fake News War 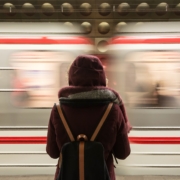 Laptops For Online Lessons at Home 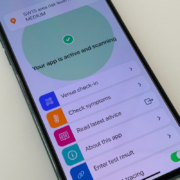 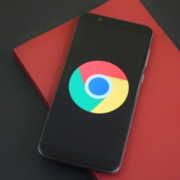 Revenue Risk To UK Companies Too Slow To Adopt AI