Researchers from Australia’s Monash, Swinburne, and RMIT universities claim to have set a new Internet speed record of 44.2 Tbps.

The claim, which is featured in the ‘Nature Communications’ journal (https://www.nature.com/) refers to setting the bandwidth world record for ultra-dense optical data transmission over 75 km of standard optical fibre, with a single chip source.  It has been reported that the fibre connection was run between RMIT’s Melbourne City campus and Monash University’s Clayton campus. In order to represent the infrastructure that is used by Australia’s National Broadband Network (NBN).

The exceptional speed and bandwidth achieved in the test has been attributed to the capacity and capabilities of fibre. Also to the addition of micro-combs to the cable fibres. It was enough to download the contents of more than 50 100GB Ultra HD Blu-ray discs in one second.

Micro-combs are optical frequency combs based on micro-cavity resonators. Researchers report that the ability to phase-lock, or mode-lock, these comb lines were key to breaking this speed record.

Micro-comb technology, therefore, appears to be a highly efficient way to transmit data. Micro-combs offer the full potential of their bulk counterparts but in an integrated footprint.

RMIT’s Professor Arnan Mitchell has been quoted as saying that the challenge will now be how to turn the micro-comb technology into something that can integrate with the existing cable infrastructure.

The long-term hope is to “create integrated photonic chips that could enable this sort of data rate to be achieved across existing optical fibre links with minimal cost”.

Communications commentators have suggested that once the new technology is commercialised, data centres are likely to benefit first from its introduction. Whilst home and business users may have to wait years before they can use it, provided that it is affordable.

For communications infrastructure companies, this development means that they can augment the fibres that are already in the ground with this new micro-comb technology. Thereby meaning that their existing networks are still good and scalable for the future.

This speed record and the new technology is also good news for the autonomous vehicles industry, gaming industry, medical fields, and other industries, segments, organisations, agencies and businesses that need greater speed and capacity to help them deal with increasing data demands. 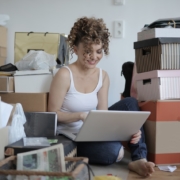 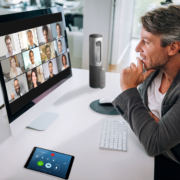 Zoom Offers End-To-End Encryption for Everyone

Glimpse of the Future of Tech at CES Expo Show

Microsoft Teams User Numbers Up By 12 Million In A Week