Fuel engine car sales fall faster then electric cars as Bloomberg NEF (BNEF) forecasts that sales of combustion engine cars will drop 23 per cent in 2020. Compared with worldwide electric car registrations being set to fall by only 18 per cent.

With lockdown measures, a mass loss of income and jobs, the closure of car plants and showrooms worldwide, and a huge dent in ‘consumer confidence’ has come an inevitable downturn in the sales and registrations of new cars in 2020.

“The long-term trajectory has not changed, but the market will be bumpy for the next three years.”

The BNEF has also forecast that electric vehicle models will reach 31 per cent of the overall car fleet by 2040. This will account for 58 per cent of new passenger car sales. Combustion engine cars, however, are forecast to continue to gradually decline from their peak in 2017.

Meanwhile, there are already 7 million electric cars on the road and electric car sales for this year have been 1.7 million.

Implications For Oil and Electricity

The demand for oil is predicted by BNEF to reduce by 17.6 million barrels per day (bpd) by 2040. Similarly, it is predicated that anti-pollution legislation and the resulting increase in electric-powered transport will take over. BNEF also says that the increased number of electric cars could mean a 5.2% increase in the demand for power. This we require around 290 million charging points by 2040.

The Society for Motor Manufacturers and Traders (SMMT) figures show that only 4,321 cars were registered in the UK in April. The lowest monthly level since 1946 marks a massive 97% plunge in sales from the same month in 2019.

Large numbers of unsold cars are now simply stored outside, waiting for lockdown restrictions to be lifted and an upturn in the economy.  For example, the Upper Heyford airbase close to Bicester, in Oxfordshire is currently home to a vast quantity of cars estimated to be worth £35 million.

Lockdown around the world has brought a fast and dramatic decrease in air pollution and subsequent increase in air quality. Nitrogen dioxide levels have fallen by:

The chance to see how much the environment has benefitted from coronavirus restrictions on industry and transport (road, aircraft, and rail) is likely to strengthen the case for electric vehicle ownership worldwide.

New car registrations are often used as a key economic indicator and the pandemic has clearly been disastrous for the car market. Tjhis includes manufacturers and their supply chains around the world. Little or no demand from hard-hit consumers is at the heart of this massive slump in a huge industry.  It is not surprising, therefore, that the BNEF is suggesting very bumpy times in the industry over the next 3 years.

Electric car ownership, driven by climate targets, industry investment and commitment, now has improved perception by consumers. Moreover, now that they can see how a clean-air electric future could look that looks set to improve. Once the initial round of recessions starts to lessen this could increase its projected trajectory. 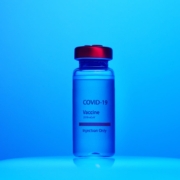 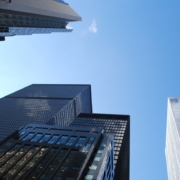 Starling … an Example of Challenger Bank Boosted During Pandemic 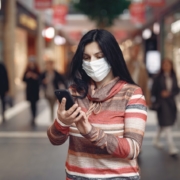 NHS App For An “Immunity Passport” 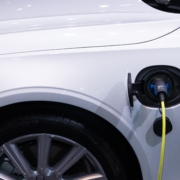 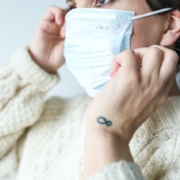 Those Who Understand Stats Less Prone To COVID

freestocks Does My Phone Have A Virus?
Scroll to top
Receive IT news that is relevant to UK organisations
Claim Your Free Digital Report