Have you have ever wondered “does my phone have a virus?”, if so read on. This article looks at how to tell if your phone has a virus, what to do if you think it has, and how to protect your phone. Phones are essentially powerful mobile computers that contain vast amounts of valuable personal information and like a computer, they can be targeted by cybercriminals.

Both a virus and malware are malicious programs. In security terms, a virus is a type of malware that copies itself onto your device. Malware is the general term for malicious software, a type of threat.

There are many different types of malware that can infect mobile phones, including:

Android phones are known to be vulnerable to malicious software usually arriving via an app that the user has downloaded. Sometimes via the Google Play Store or an app from a third-party app shop.  A recent Nokia Threat Intelligence report showed that Android devices are nearly fifty times more likely to be infected by malware than Apple devices.

For example, back in September 2019, Security researcher Aleksejs Kuprins of CSIS cybersecurity services company discovered 24 apps which had been available for download in the Google Play Store. These apps contained spy and premium subscription bot ‘Joker’ malware.  Also, in January 2019, security researchers discovered 36 fake and malicious apps for Android that could harvest data and track a victim’s location. They masqueraded as security tools in the trusted Google Play Store.

Android phones are also vulnerable to malware and viruses if users download message attachments from an email or SMS, download to the phone from the internet, or connect the phone to another device.

Reasons why Google’s open-source Android is vulnerable to malware include:

Apple iPhones are generally thought to be much less at risk from viruses and malware because they have protections systems built-in which include:

Although the vast majority of viruses/malware attacks on phones affect Google’s Android phone OS (97 per cent), and viruses are rare on Apple iPhones due to the built-in security measures, they are also still targeted by cybercriminals, and vulnerabilities in iOS platforms do exist.

Signs That Your Phone May Have a Virus

Some of the main signs that your phone may already have a virus/be infected by malicious software are:

If your phone is infected with a virus, take the following steps:

If you suspect that your iPhone may be infected:

Prevention is the best form of cure, and the steps you can take to ensure that your phone is both secure and not infected with a virus include:

With apps being the source of many infections of phones, there is an argument that there is responsibility among mobile app developers and those commissioning mobile apps to ensure that security is built-in from the ground up.

This should mean making sure that all source code is secure and known bug-free, all data exchanged over app should be encrypted, caution should be exercised when using third-party libraries for code, and only authorised APIs should be used.

Train yourself to regard your phone as another mobile computer that can be targeted by cybercriminals. Like your computer it needs protection, be cautious with apps, emails, texts and adverts. This makes you less likely to end up with a damaging virus/malware program on your phone.

If you would like to discuss your technology requirements please visit our contact us page or call 020 8778 7759.

Free VPN Tools May Be Linked To China 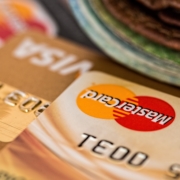