A recent Business Insider Report has highlighted how third-party apps may be exposing some data and details of the activity of WhatsApp users.

Facebook-owned WhatsApp is known for its end-to-end encryption.  This means that only the sender and receiver can read the message between them.

In addition to being convenient, free, and widely used in business, the secure encryption that users also value has even been a target for concerned governments (including the UK’s) who have campaigned for a ‘back door’ to be built-in in order to allow at least some security monitoring.

If the Business Insider revelations are correct, however, third-party apps may already be making the usage of WhatsApp less secure than users may think.  The business news website has reported that third-party apps may be able to use WhatsApp’s online signalling feature to enable monitoring of the digital habits of anyone using WhatsApp without their knowledge or consent.  This could include tracking who users are talking to, when they are using their devices and even when they are sleeping.

Back in April, there were also media reports that hackers may be potentially able to use ‘shoulder surfing’ (spying in close proximity to another phone) and the knowledge of a user’s phone number to obtain an account restoration code from WhatsApp which could allow a user’s WhatsApp account to be compromised.

Also, back in June, an Indian researcher highlighted how WhatsApp’s ‘Click to Chat’ feature may not hide a user’s phone number in the link and that looking up “site:wa.me” in Google, at the time, allegedly revealed 300,000 users’ phone numbers through public Google search results.

Other reports questioning how secure the data of WhatsApp users really is have also focused on how, although messages may be secure between users in real-time, backups stored on a device or in the cloud may not be under WhatsApp’s end-to-end encryption protection.

Also, although WhatsApp only stores undelivered messages for 30 days, some security commentators have highlighted how the WhatsApp message log could be accessed through the chat backups that are sometimes saved to a user’s phone.

One potential signal that WhatsApp may not be as secure as users may think could be the fact that, back in February, The European Commission asked staff to use the SIgnal app instead of WhatsApp.

As may reasonably be expected from a widely used and free app owned by a tech giant, yes, WhatsApp collects usage and some other data from users, but it does still have end-to-end encryption. There are undoubtedly ways in which aspects of security around the app and its use could be compromised but for most business users it has become a very useful and practical business tool that has become central to how they regularly communicate with each other.

At the current time, WhatsApp’s owner, Facebook, appears to be busy concentrating much of its effort on competing with Zoom and on promoting its own desktop Messenger app free group video calls and chats that it has just launched. Even though WhatsApp is coming in for some criticism over possible security problems, the plan is still to grow the app, add more features, and keep it current and competitive which is why it recently ceased support for old operating systems. 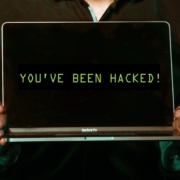