What are Bitcoins and Blockchains are they important to IT

You may have heard of Bitcoins as the value has increased massively in 2017 and created millionaires for some people that bought when the coin was little known and much cheaper.  Bitcoin is intended to be a decentralised store of value, not controlled by any bank or government.  It has no intrinsic value as it just exists as a series of records on an electronic list, known as a blockchain.  Multiple copies of the blockchain are held on different computers to ensure hacked lists are spotted and invalidated, so preserving the integrity of the records. Each time a coin (or fraction of a coin) is transferred it gets recorded as an entry on the blockchain.  The computers that help with process are rewarded with some bitcoins (known as mining).

The value of Bitcoins vs regular currency is proving to be highly volatile so as an investment this is extremely risky and so far the good news stories are getting all the publicity.  Governments and big banks are starting to take notice and announcements re their support or restrictions of bitcoins is one factor in moving the value and ultimately may decide if Bitcoins become “the future of money”.  The coins may turn out to be an interesting experiment that posed too much of a risk to working of existing economies to be allowed to be a success.  Crypto currencies could pose a challenge to governments ability to collect tax and limit the economic levers available to them.

Bitcoins are not the only crypto currency and the potential financial rewards are encouraging new ones to be created all the time.  It will be interesting to see how these coins evolve in the coming years.  It seems unlikely that we will need so many.

Are bitcoins and blockchains the same thing?

Bitcoins are only one application of the underlying Blockchain technology.  Blockchains have the potential to create immutable records of almost anything. Potential applications include property ownership, professional qualifications, memberships, intellectual property rights management etc.  This area has not received as much publicity as the currency applications but could become commonplace as the foundation of future systems. It’s certainly one to watch. 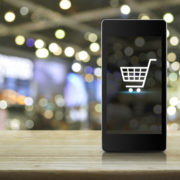