Norfolk-based company Westcotec is piloting new technology that can detect whether a handheld mobile phone is in use in a passing vehicle, and then warn the occupants of the vehicle.

In a UK first, the pilot scheme, which is taking place in four locations in Norfolk, uses a directional antenna, with a detector that picks up radio waves emitted from a mobile phone handset. The system measures the signal strength and length of activation of the signal, and if a signal is detected of a duration and signal strength sufficient to activate the system, the detector triggers a warning sign at the roadside.

Although the technology is advanced, one thing it can’t do yet is to tell the difference between the phone signal from a driver or a passenger in a vehicle. It also doesn’t record any video footage.

The system has also been designed to know whether a phone is being used hands-free or via a vehicle’s Bluetooth system (and if Bluetooth is being used it will not trigger the warning sign).

Another RAC poll found that almost two-thirds of drivers are unaware of the punishment for using mobile phones at the wheel, even though it has been more than 12 months since the introduction of much tougher laws.

The poll showed that only 36% of the 2,000 UK motorists questioned knew that offenders face six penalty points and a £200 fine, and 41% believed more visible law enforcement is needed.

Drivers who receive a ban for offences now have to retake both the theory and practical parts of their driving test to get back on the road.

Under the current UK law, picking up your phone while driving, even if stopped in traffic or at lights, will get you at least six points. If drivers are involved in a collision e.g. as a result of using a handheld device, they could be prosecuted for driving without due care and attention, which carries even greater penalties. If someone is killed in such a collision, the driver could be prosecuted for causing death by dangerous driving.

Many of the newer communication platforms and devices that could cause distractions in the car have made the news in recent years, such as iPhones (and Facetime), and the new Apple watch.

For example, back in January 2017, a family in Texas sued Apple because they believed that a driver who was allegedly distracted by a FaceTime call on his iPhone while at the wheel was the reason for a road accident which resulted in the death of their five-year-old daughter.

Also, in Canada in June this year, an Apple smartwatch was classified by a court as being the same kind of distraction as a mobile phone as a student was handed a fine for being observed looking at her Apple watch while waiting at traffic lights.

Considering the results of the RAC surveys some 15 years after the ban on handheld mobile phone use while driving, and a year after the doubling of penalties for being caught, it is clear that using technology to provide a friendly reminder to drivers can’t do any harm, and may even contribute to road safety.

If you and your employees drive to and from work and as part of your work it is essential that a hands-free device is used for any calls, or that calls are only made or received when your vehicle is safely parked. Even checking texts is constitutes a distraction.

The results of not heeding the law on this matter are not just the terrible human consequences, but also the potential damage to your business through driving penalties and reputational damage from the local publicity. 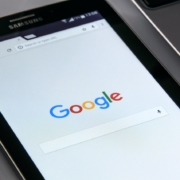 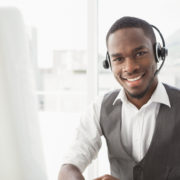 £500,000 Fine For Facebook Data Breaches
Scroll to top
Receive IT news that is relevant to UK organisations
Claim Your Free Digital Report