At a time when smaller news outlets have been forced to close and big tech companies dominate distribution, the Australian Government may make the likes of Google and Facebook pay for their news content.

The pandemic has made the media landscape in Australia a very bleak one with the closing of newspapers, journalists being furloughed or made redundant, and smaller media companies struggling against big, global, digital competitors.  Australia’s big media companies, which have been lobbying for the new code, have also long felt that big tech companies such as Google and Facebook have had a free ride at their expense.

A code of conduct has, therefore, been drafted by Australia’s competition regulator, the Australian Competition and Consumer Commission, that has been designed to make more of a level playing field for publishers. The draft code, which is yet to be debated in  Australia’s parliament, proposes that news companies can negotiate payments as a bloc with tech giants such as Facebook and Google for content which appears in their news feeds and search results.

The code states that Facebook and Google must predominantly create and publish news in Australia for the Australian audience while adhering to professional editorial standards.  The Treasurer of the Australian Competition and Consumer Commission, Josh Frydenberg, will have authority to decide which companies need to comply with the code (starting with Google and Facebook) and the Australian Communications and Media Authority (Acma) will decide upon the eligibility of media companies.

The draft code has also been given some teeth by proposing that tech companies that do not comply could face penalties of up to A$10m (£5m) per breach or 10 per cent of the company’s local turnover.

The first indications are that Google and Facebook, the first companies that the code could apply to, have objected to the code in its current form and may consider leaving Australia’s news market if the code makes it through consultation and parliamentary debate, and into law.

The Australian regulator and media companies have been quick to point out that it is not a case of them trying to protect their news media from normal competition or disruption, but is a case of making a code that, if adhered to properly, could make things fairer for all. It is hoped that the code, which will doubtless be noted in other countries, is designed to encourage Google and Facebook to keep providing news services to the Australian community but to accept that they need to do so on the terms of the Australian government and that they have to negotiate fair prices for content.  Although some fear that Google could turn off its news (as happened in Spain) it would still be subject to the code because it also serves news through search results or YouTube. Although the code has obviously been met with praise by Australia’s big newspapers and websites, and a feeling that it may be good news for news consumers, Google and Facebook feel that the code, in its current form, is heavy-handed, and there is some way to go yet in negotiations before it becomes law.

Emails To Become More Dynamic With Google’s AMP For Email 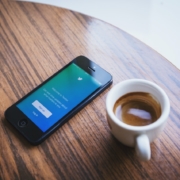 Google Meet ‘Free For Everyone’

Googlemail’s Tracking of Your Purchase History

Google Or Samsung Android Cameras Could Be Spying On You
AI, Data Protection & The ICO