A study by Pew in the US has found that Facebook is now lagging behind YouTube, Instagram and Snapchat, as a platform where teenagers spend their time.

Down To 4th Place

The study, which involved 750 teens in one month earlier this year, found that Facebook has experienced a 20% point drop since 2015 in its usage by teenagers. Even though 51% use Facebook, this is still a long way behind the 85% preferring YouTube (Google-owned), 72% preferring Instagram (which is owned by Facebook anyway), and the 69% preferring Snapchat.

An eMarketer report illustrates what’s been happening. The report predicts that in 2018, 2.2 million 12 to 17-year-olds and 4.5 million 18 to 24-year-olds will regularly use Facebook in the UK, but this is 700,000 fewer than in 2017. Most of the young defectors appear to be going instead to Snapchat.

One of the reasons why Facebook bought Instagram was so that it could at least keep some of the young people who were deserting Facebook as customers as of one of its services.

Unfortunately, what’s been happening is that young people appear to have been leaving Facebook, and going to Snapchat instead of Instagram. For example, in the last 3 years Snapchat has more than doubled its take-up rate among UK users of social networking sites and apps to 43%.

It is an age-old feature of teenagers and young people, because of a need for independence and privacy, they would prefer not to go to the same places as their parents, and this is what has been happening on Facebook to some extent.

Also, many more young people have smartphones, and they use them to go where other members of their age / peer group go i.e. on Snapchat. It doesn’t help also that Facebook has received a lot of bad publicity recently over its involvement with the sharing of user data with Cambridge Analytica, and the part it played in allegedly being used by representatives of certain foreign powers to help sway the election result towards Trump.

Facebook has also proved particularly attractive in recent years to older people who have found that its video and photo features are easy to use, and enable them to keep up with the social lives of their older children, and grandchildren,

Facebook has long known that it has been attracting an older demographic, and that young people have been leaving the platform in pursuit of a new experience, and to stay in touch with other members of their peer group.

Attracting a new, young group of Facebook users looks likely, therefore, to be one of the main reasons why, back in December 2017, Facebook announced that it was launching a kind of Facebook for children the form of ‘Messenger Kids’. Some commentators said at the time that it appeared to be a way for Facebook to recruit its next generation of users, and to capture the attention of 6 to 12-year-olds before Snapchat or a similar social network competitor

For Facebook, even though it recognises (and is trying to solve) the problem that it faces in attracting teenage users, it still remains the most popular social networking sites in the UK by a long way, boasting 32.6 million total regular users this year. Also, Facebook’s Instagram is looks likely to grow its user base from 15.7 million to 18.4 million this year, although it also appears to be losing young users to Snapchat.

For businesses wishing to advertise, Facebook is likely, therefore, to be a way to advertise to older age groups e.g. those in their 40,s, 50s, and above. In fact, Facebook has also announced an overhaul of its news feed algorithm to prioritise what friends and family share, and to reduce the amount of non-advertising content from publishers and brands.

Businesses with older customer demographics may also want to keep making the most of their company Facebook business page. 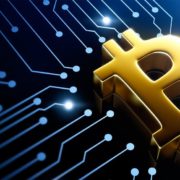 Whats happening with bitcoins and blockchains 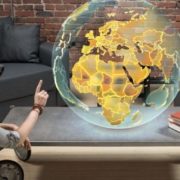