Airbus has announced that a zero-emission, hydrogen-fuelled commercial aircraft could be a reality by 2035.

The dramatic drop in air pollution levels during the global pandemic lockdown reminded many people of the pressing need to meet global greenhouse gas reduction targets and how commercial aircraft have been significant contributors to pollution worldwide.  It is against this backdrop that Airbus has made its latest announcement.

After a  joint research project started last year between Airbus and EasyJet, the Chief Executive of Airbus, Guillaume Faury, has now announced that there are three ZEROe concept designs for aircraft that can use hydrogen, that has been produced from renewable or low-carbon sources, to power zero-emissions commercial flights.

The three gas turbine engine, hydrogen-powered aircraft design concepts are for a turbofan carrying up to 200 passengers more than 2,000 miles, a turboprop with a 50 per cent lower capacity and range, and a “blended-wing body” aircraft. Airbus says that all three aircraft could use new hydrogen fuel cells that burn liquid hydrogen to create the electrical power needed for propulsion and flight.

You could be forgiven for being reminded of what happened to the German passenger airship LZ 129 Hindenburg in May 1937 when its hydrogen gas balloon spectacularly caught fire as it attempted to dock with its mooring mast at Naval Air Station in New Jersey, U.S.

Hydrogen, the lightest element on the periodic table, is also known (in diatomic hydrogen gas form) for being highly flammable and explosive, even at low concentrations. It is also worth remembering that although current jet aviation fuel doesn’t give off much gas or ignite easily as a mass in the tank, it is also extremely flammable once vapourised and burns at a much higher temperature than other fuels.

Hydrogen is more efficient than the oil for normal aircraft fuel and is regarded as a much greener alternative but it is also four times bulkier, even in a liquid state.  That said, the enormous energy costs from fossil-fuels involved in making hydrogen was one of the factors involved when many of the big aviation giants, including Airbus, shelved ideas in the short-to-mid-term for greener, more efficient aircraft that could run on hydrogen back in 2010.  Other ideas for commercial aircraft fuelling that were shelved at the time also included nuclear-power, solar and electric power.

Airbus was first reported to have been involved in projects to develop a hydrogen-fuelled aircraft as far back as 2000 with its part in the Cryoplane project.

The aviation industry is currently in serious trouble as a result of the pandemic and this story of a vision for greener commercial aircraft may be a welcome distraction but is likely to look some way further off than its predicted fifteen years. Negative reports by climate change experts this week have led to some suggestions that crucial climate change emissions targets should be moved forward from 2050, and having hydrogen-powered commercial aircraft may be one important way to meet the targets and help put the brakes on climate change damage before it’s too late.

The fact that the large quantities of hydrogen fuel needed for these new design concepts can be produced from renewable or low-carbon sources rather than fossil-fuel sources is an important change that could make these aircraft a reality. This new way of fuelling aircraft could also create many other new business opportunities and possibilities but the idea is unlikely to be met with too much enthusiasm by those in the oil and fuel industries and those businesses in their supply chains. It does appear, however, that just as car manufacturers have committed themselves to electric models going forward, emission-busting change must now start taking place in the post-pandemic aviation industry in some form or another.

Amazon Delivery Drones Get Go Ahead 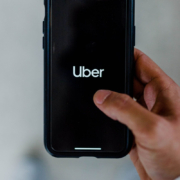 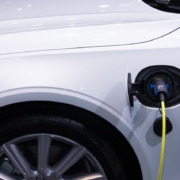 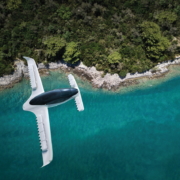 Images and videos are free to use but should be credited to Lilium and only used in their original form. https://lilium.com/ Vertical Take-Off Air Taxi