The UK government has gone back on its original decision to use some Huawei equipment in non-core parts of the UK’s 5G network and has opted to remove all Huawei kit by 2027.

The Waiting Is Over

For the last couple of weeks, Huawei, China and the U.S. have been awaiting the UK governments decision, following further pressure from the Trump administration, on whether the UK would decide to exclude Huawei equipment completely from UK’s 5G network.

The final decision, as announced in the Commons by Digital Secretary Oliver Dowden is that:

Other new restrictions also announced by Mr Dowden mean that UK mobile operators should also now “transition away” from buying new Huawei equipment for use in full-fibre networks within the next two years.

This announcement is a marked change from January 2020 when the UK government said that it would allow Huawei equipment to be used in the country’s 5G network, but not in core network functions or critical national infrastructure, and not in nuclear and military sites.  The UK also decided in January that Huawei’s equipment would only be allowed to make up 35 per cent of the network’s periphery, including radio masts.

Pressure and new sanctions from the Trump administration in the U.S., which some commentators see as conducting its own ‘cold war’ and trade war against China, exacerbated by blaming China for a lack of transparency in the emergence and early spread of COVID-19, along with pressure from Conservative backbenchers appear to have been major factors in the UK’s change of mind over Huawei.

Huawei, which is reported to employ 1,600 people in the UK and receives considerable investment from China has reacted with dismay, suggested that the UK’s move is more of political one to please the U.S., and Lord Browne, the UK’s Huawei chairman has announced that he is to step down.

China has reacted to the UK ban with dismay and anger with China’s ambassador to the UK saying that the decision was “disappointing and wrong” and tweeting that it is “questionable whether the UK can provide an open, fair and non-discriminatory business environment for companies from other countries”.  The move by the UK was welcomed by US Secretary of State Mike Pompeo.

Some commentators have however warned that removing Huawei’s equipment will be very costly, time-consuming, and could even result in communications blackouts. It has also been reported that the decision could set the UK’s 5G network development back by a couple of years.

Although BT is cautiously analysing the likely impact of the decision, Nokia and Ericsson, two major 5G equipment vendors look set to benefit from the decision.

It is clear to many people that President Trump’s administration in the U.S. is the driving force behind the UK and other countries falling into line regarding opposition to Huawei and rejecting its 5G network products. Although the move may be good news for other big 5G kit suppliers like Nokia and Ericsson, it could prompt China to take its own measures against UK companies.  China has also provided the money for the building of new nuclear reactors at UK power stations such as Hinkley Point, so it also remains to be seen how this may be affected by the UK appearing to make decisions in support of the those made by the Trump administration in the U.S. There are those, of course, those who genuinely see Huawei as being a high-risk vendor due to perceived close links to the Chinese government and, therefore, posing a potential security risk, and the decision to drop Huawei kit altogether from the 5G network has, consequently, been met with approval by many.

Although UK businesses would obviously like the UK’s 5G network to be secure, they would also like it to be developed as soon as possible to enable UK companies to not be at a competitive disadvantage.  At the moment, it looks as though the rejection of Huawei could prove to be costly for infrastructure providers, and could add a couple of years on to how long UK businesses have to wait to get a well-developed 5G network across the UK.

Google Or Samsung Android Cameras Could Be Spying On You 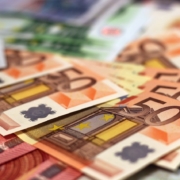