Bletchley Park code-breaking hero and wronged computer pioneer Alan Turing is to feature on the UK £50 note from 23rd June.

Despite breaking WWII Nazi Germany’s Enigma machine code, allowing enemy messages to be read and thereby shortening World War II and saving countless lives, Alan Turing’s genius and heroism was overshadowed by a conviction in 1952 for gross indecency relating to Turing’s homosexuality.  The conviction, for having an affair with a 19-year-old Manchester man, led very sadly to Turing being forced to opt for a ‘chemical castration’ (being given female hormones) as the only alternative to imprisonment, which led to Turing committing suicide aged only 41. The UK mathematician, developmental biologist and computer science pioneer was finally granted a posthumous royal pardon in 2013.

After studying at King’s College Cambridge, in 1936 Turing published his paper “On Computable Numbers, with an Application to the Entscheidungsproblem”, with which Turing proved that his “universal computing machine” could perform any mathematical computation if it were representable as an algorithm. This, plus his work developed at Bletchley Park is why Turing is widely thought of as the father of modern computer science. Turing was also the co-creator of the first computer chess programme.

Alan Turing was also a pioneer of morphogenesis, and used mathematics to understand how natural patterns, such as the spiral formation of the seeds in a sunflower head and the arrangement of spots on a leopard can form.

Features of the £50 Note

The new £50 with Alan Turing’s face on it (the last of the Bank of England’s collection to switch from paper to polymer) will feature :

Landmark Moment In Our History

Director of GCHQ Jeremy Fleming said: “Alan Turing’s appearance on the £50 note is a landmark moment in our history. Not only is it a celebration of his scientific genius which helped to shorten the war and influence the technology we still use today, it also confirms his status as one of the most iconic LGBT+ figures in the world. Turing was embraced for his brilliance and persecuted for being gay. His legacy is a reminder of the value of embracing all aspects of diversity, but also the work we still need to do to become truly inclusive.”

Questions have, however, been asked about why £50 notes don’t appear to have diverse ethnic minorities represented on them and, apart from the Queen and Jane Austin (who are both white), there are no other women featured on banknotes currently.

To mark the launch of the new £50 note, the Bank of England and Sheffield University are running ‘The Turing Pattern Project’ with UK primary schools.  This project shows children how to use Alan Turing’s biological mathematical algorithm, acting as computers would, to create the pattern of a giant puffer-fish.

To celebrate Alan Turing’s image being featured on the new £50, GCHQ has created its “hardest puzzle ever”, the #TuringChallenge. The online puzzle, which anyone can attempt, requires a string of puzzles which get increasingly difficult to be solved.  If the first 11 puzzles are answered correctly, the answers should take the form of 11 single words or names which the Enigma simulator will be needed to decode. See details here: https://www.gchq.gov.uk/information/turing-challenge.

Alan Turing’s incredible mind, aptitude for maths and science, and his work in cracking the Enigma code at Bletchley Park resulted in millions of lives being saved through the shortening of the war in Europe, and in the rapid evolution of computer science that has fed directly into the digital world and workplace that we know today. Despite being a national hero, how Turing was treated is widely regarded as shameful, and the posthumous pardon and apology, along with being honoured on a banknote have been ways in which the UK has been able, in some small but public ways, to right some the wrongs of the past, honour a truly great scientist, and contribute to a greater understanding and acceptance of sexual differences and diversity. 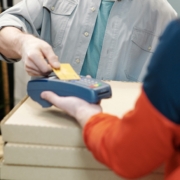 Contactless Payment Limit Could Be Raised to £100 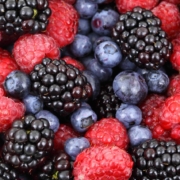 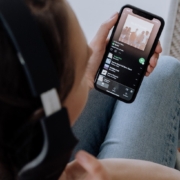 Getting The Most From Spotify 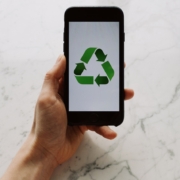 How To Securely Dispose of Old Phones, PC’s and Laptops 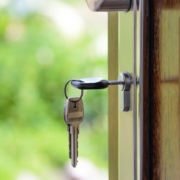 Tech Insight – What Are Zero-Click SERPs?
Scroll to top
Receive IT news that is relevant to UK organisations
Claim Your Free Digital Report