This year sees GMA celebrate 30 years of continued excellent service, innovative solutions, and being a trusted IT and telecoms partner.

Founded in 1992 by Greg and Debbie Micallef, Gregory Micallef Associates Limited (GMA) was, and remains to this day, a family run business with a philosophy of trust and partnership at its core.

A Career In Technology 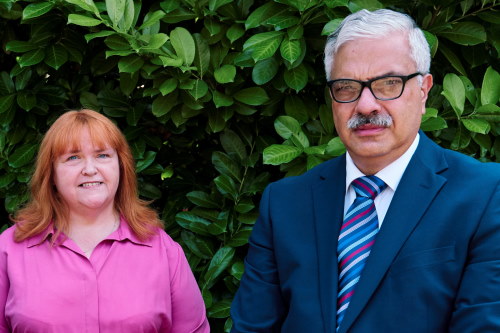 Before setting up GMA, Greg had worked for a wide range of technology and financial service companies. Some of the systems he worked on, such as the CDC 6600 Mainframe – widely regarded as the first supercomputer – now reside in the science museum.

The massive advances in technology and communications continued through the ‘80s and early ‘90s as computers became smaller, replacing word processors and typewriters in the office. This was followed by ISDN or leased lines being chosen over traditional phone lines to satisfy a greater need for connectivity and speed.

As businesses began to adopt the new technologies available to them, guidance and support became critical. GMA was born out of a desire to meet the needs of this growth market.

Further to this was the need for greater flexibility as a family after the arrival of their first child in 1991. That child was Andrew Micallef, who now covers business development and account management, but started with the company aged just sixteen. Joining on the technical side whilst taking his technology degree Andrew worked part-time until his degree was completed, and then joined the team full-time.

On 20th January 1992 Gregory Micallef Associates Limited was founded, Greg and Debbie were expecting their second child, and Andrew was then just seven months old.

Initially, the team consisted of just the two of them, with Greg covering the City of London. The business began to take on a few more clients and GMA gained Microsoft partner status in 1994, hitting the gold standard by ’98.

Having been given the opportunity as a sandwich student himself Greg decided a student placement would be a great way to begin the adventure of employing a Team, and the tradition of taking on students in their sandwich year started in 1994 and continues to this day, with many returning after finishing university. This prompted the Company to take on office space.

In 1997 Greg and Debbie welcomed their third child, and the day before she was born the business moved to larger serviced offices in Penge.

Some of the people that joined the team in its early years are still with the company today giving a balance of experience and new talent. By the new millennium the team was ten people strong.

In 2007 GMA made the Microsoft Top60 list and became a 3CX Partner. By 2010 they had achieved 3CX Platinum Partner recognition. In the following years they won several awards, with two of them being for partner of the year (Zen and Inty).

As awards were collected and the business continued to grow, the number of areas supported increased. By 2019 larger office space was needed to accommodate a much bigger team with a wealth of expertise and kit. 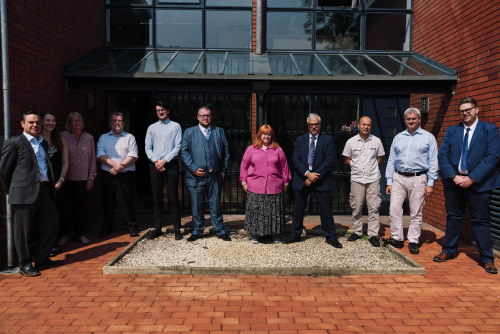 In early 2020, shortly before the global pandemic hit, GMA moved from serviced office space to premises a few miles down the road in Beckenham. This has proved to be extremely beneficial throughout the pandemic.

The new space helped give the company, and the team, greater flexibility. This assisted in their response to the developing situation and was key to them being able to quickly facilitate secure homeworking for their staff and customers.

“From the first day of business the partnerships GMA has built have been key to creating strong and long-lasting business relationships, with both clients and technology partners,” comments Greg Micallef.

“These partnerships see us well placed to guide businesses through the new challenges they face today. We have seen recent technological advances not least with communications and collaboration during the pandemic, but we have also witnessed an increase in malicious activity. With hybrid or flexible working being adopted as a viable business model by some organisations, secure access to business data has never been more crucial” he adds.

After 30 years in the industry GMA is one of London’s longest established and leading family-run professional IT services and telecommunications providers. Today the team consists of seventeen people and has a wealth of experience and technical expertise. With a continued ethos of being a trusted partner, the company, and the team, continues to grow from strength to strength.