The BBC has announced that it is making its International news website available via the ‘Tor’ browser (usually associated with the ‘dark web’), in order to get around censorship in other countries.

Blocking by Some Countries

The BBC is concerned that countries including China, Iran and Vietnam have tried to block access to its website or programmes in the past.

With this in mind, and with the BBC wanting to compete in the world broadcasting market and widen its audience, as well as wanting to maintain and extend the perception of its World Service as a trusted news source, the BBC has turned to the Tor browser as a way of stopping states from blocking/censoring its content.

The ‘Tor’ browser, an acronym for ‘The Onion Router’ because of its many layers of encryption, is most well known as the browser that’s used to access the dark web. In these days of worries about privacy and the prying eyes of and rules imposed by states and their agencies, plus worries about cybercriminals and fraudsters, end-to-end encrypted communications channels have become more valuable and more widely available.

The Tor browser, which came out of a US Naval Research Laboratory (and which is partly funded by the US State Department) can hide a user’s location and identity due to its routing process through multiple node encryption points. Tor can, therefore, be used to browse the web (and dark web) anonymously, and to host hidden websites (with a .onion suffix).

The BBC plans, therefore, to host a version of its international news website within Tor thereby evading restrictions imposed by others states and protecting the identity and quite possibly the safety of any viewers of that news who reside within a state where the BBC news online faces restrictions.

This version of the BBC’s international news website will not feature the BBC iPlayer service but will include foreign language services e.g. BBC Arabic, Persian and Russian.

The BBC’s World Service has been described by many as being part of the UK’s ‘soft power’ i.e. part of the UK’s ability to portray a certain image of itself overseas and to influence the thinking and action of others using the power of attraction as opposed to the power of coercion and threats.

In western democracies and capitalist countries where certain freedoms of consumption are seen as good and necessary to maintain the market-based system, there is an interest in wishing to promote these values and beliefs around the world. This can lead to the widening of markets for goods, services and lifestyles as people in less open countries see them online or television, and this can be good news for businesses who are able to export.  Stable, open countries, with good diplomatic and trading relationships and freedom for communications, are good news for businesses who want to export or set up operations in those countries to gain access to bigger markets.

Sates that are seen to perhaps be more oppressive and authoritarian and which use censorship to maintain a certain power balance and message/perception of the outside world are likely to fear news reports and views which conflict with their own.  The BBC has found itself to be a global market media player as well as a national broadcaster with UK state interests and this, coupled with wider use of encrypted message and  web services have turned a browser that once had a dubious reputation (by association with the dark web) into a handy tool for accessing for expanding the corporation’s, the UK’s, and the democratised West’s reach into untapped market areas.  The hope would be that this would benefit the interests of all, including those citizens of censored states that are able to access a ‘trusted’ external news source for the first time in years. 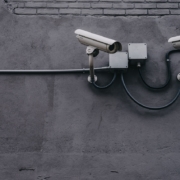 Research Says Memes Can Tell Between Humans and Bots